The Goddess of the Hearth 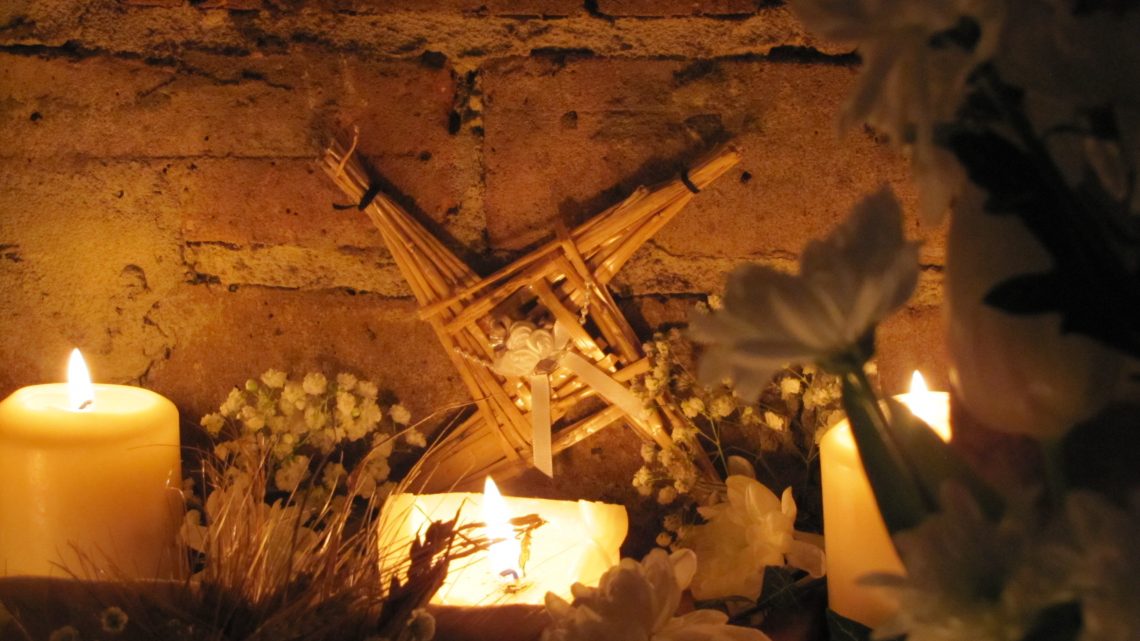 At Imbolc, the beginning of February, we celebrate the fire goddesses of the hearth, where we retreat to in winter, the safety and sacredness of our own homes; much as the animals retreat and hibernate in tunnels below ground and we nurture our creativity, whilst we await the awakening of the living energy of the earth that promises spring: Goddesses such as the Celtic fire goddess Brigid, the Greek hearth goddesses Hestia, the Roman goddess Vesta and the Lithuanian hearth goddess Gabija are such goddesses.

Hestia is the daughter of Cronus and Rhea and the sister of Zeus. This firstborn of the Olympians is the goddess of fire, particularly the hearth, the symbol of the house around which a new born child was carried before it was received into the family and from which brides took the flame from their home hearth to their new home.

The centre of Greek life was the domestic hearth, which was also used as a sacrificial altar. Hestia, as the goddess of the hearth received the first offering of all that was given, even in the great Temples of other deities and was often seen as the actual fire of the hearth. She represented personal security and happiness, and the sacred duty of hospitality.

Vesta is the Goddess of the household shrine and hearth and usually also  represented by a naked flame, Vesta (from root word meaning burning) was a Goddess of earth as well as fire and was worshipped by the state as well as in the home. The Priestesses that served the sacred flame were Vestal Virgins. Initially, their number was four, but was increased to six in later years.

The Vestals were revered and respected throughout the ancient world, so that a condemned man passing one on the way to execution would be pardoned. Following the purificatory festival of the Lupercalia in February, the flame in the temple of Vesta was rekindled every year in a special ritual by rubbing two sticks together. If the fire went out, it had to be rekindled in the same way. This signified that the ancient traditions were being kept. As well as tending the fire, their tasks included: Collecting water from a sacred spring, safeguarding holy objects including the will of Caesar and making a kind of flour that was sprinkled on all public offerings.

Gabija, (Gabieta, Gabeta) also known as the Goddess of the Holy fire, is the guardian of the home hearth and the vital centre of each temple, grove and home in Lithuania. She is the flaming symbol of all that is lives and is a deity who was treated with the utmost respect. Her festival is held on 5th February. She is the protector of home and family. Her name is derived from gaubti (to cover, to protect) and offerings of bread and salt were made to her.

Brigid also called Brigantia, Brig, Brigit, Bhride, Bride and Brid was mentioned in Cormac’s Glossary as a ‘woman of wisdom’ and a ‘goddess whom poets adored’. Whilst there is no proof of this Goddess, Legends of Brig and her sisters as goddesses of healing and smithcraft are woven into the myths of Saint Brigit.  It is impossible to know if such legends come from an ancient time and a more ancient goddess but Without the knowledge of the saint, her myths and the traditions that later built around her – we might not have felt her presence as love of the old gods was rekindled and reclaimed. . She is patron of lambs and cows, farmers and craftspeople and weaving, brewing, medicine, regeneration and abundance are in her domain. As patroness of healers and sacred waters; there are around 15 sacred wells dedicated to her in Ireland and her healing myths are legendary.

Her cult centre is in Kildare where the nuns at the Abbey tended her sacred flame, in much the same way that the Vestals did in Rome. The tradition was stopped in the Reformation but began again in 1993. There is a holy well, a sacred tree and the remains of a fire temple where the sacred flame was maintained.

Brigid was also a Goddess of poetry which was connected with seership, thus she was seen as a source of oracles. The form of divination Brigit used is called ‘frìth Bhrighde (augury of Brigid)’, where she curled her hand into a ‘seeing tube’. Looking through this ‘hand-made tube’, she could find lost people or animals, report on the well-being of distant people, etc. In Scots Gaelic, frìth means ‘an incantation to find whether people at a great distance or at sea be in life’. Frìthir is another word for seer or diviner in Gaelic. Celtic Seers divine by both looking deeply into water (fàisnich uisge) or into the flames (fàisnich teine).

What does the hearth fire mean for us today?

The sacred hearth fire in a practical sense, is our home, or where we feel we belong and are accepted and nurtured; our place of safety and a sanctuary to retreat to. Many travel around more and so home is not necessarily a place, but the connection with other like-minded souls. Some move from adversity and war and home for these is precious; those they love, holding them close and struggling through life together as best they can, heading for a place they can call home where they can build a life together.

In a spiritual sense, the hearth fire is seen as our own inner spiritual flame, kept alive and nurtured during the journey of life. The fire in the belly, known as the quickening, is dedicated to the hearth goddess as the fire within the womb of women and the belly of the earth, both bringing forth life and creativity.

The fire of the forge represents the alchemical fire of transformation, where, through intention and action, we transform what we are born with (lead) into something greater than the sum of our parts (gold).

When working with hearth goddesses, it’s a good idea to create a shrine around a sacred flame and to focus on that throughout the year as your connection to this Goddess and what she means to you; whether you seek her guidance, her help or her presence.  In addition, looking after the inner flame of spirit, our passion and life force is good practice for ensuring a healthy and positive outlook, especially through life’s challenges.

Light a candle, call upon Her   and then listen for a whisper of a song from an ancient goddess, whose temple was always the fire around which everyone gathered and who was seen as the heart of the home, the town, the city and the centre, around which we, are all the circumference.